We headed out with the Sawtooth Avalanche center to do some testing via the side country at Bald Mountain. The Lyte probe picked up a wind/sun crust that really easy to find in our hand hardness profile! The grain type observations showed that this crust had faceted crystals on both sides of the layer. We know that the Lyte probe is particularly good at identifying near crust faceting and this is a text book case. A layer this prominent stands out so clearly it can be hard to examine anything else in the data. So immediate satisfaction over took us and we ignored the rest of the data until we got off the hill.

The Lyte probe frequently picks up small features that we have not been able to explain yet. Perhaps its noise or perhaps it is something waiting to be discovered. This data is a prime case for why it is important to push past the obvious. When we got home we decided to look over the data again. The Lyte probe not only picked up this prominent crust, but it also picked up a series of depth hoar and melt forms at the bottom of the snow pack. Probe data this subtle has never been correlated to pit observations before! We are excited to do more grain types research to see what other information the Lyte probe data holds. 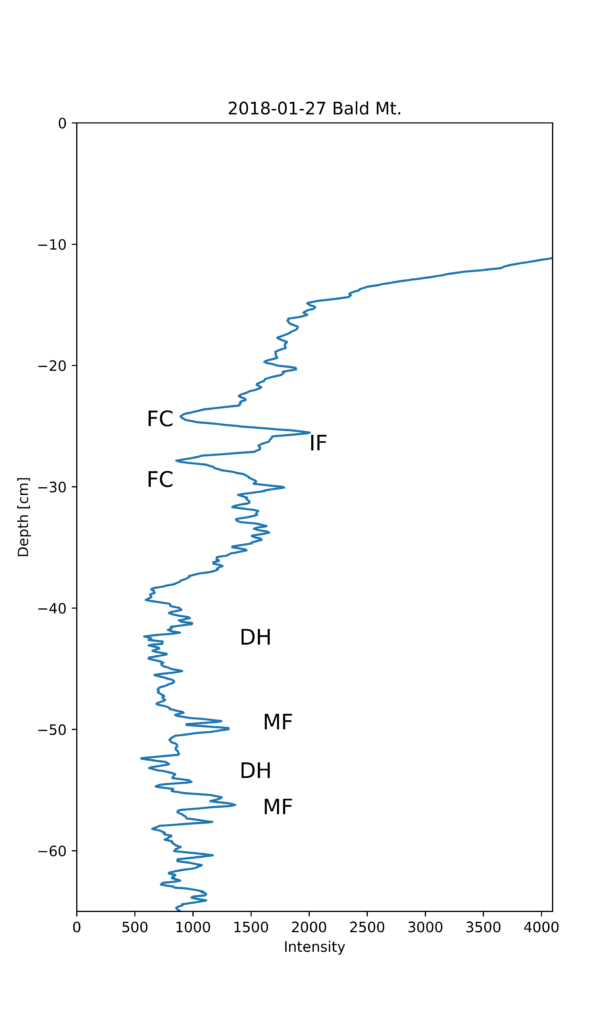