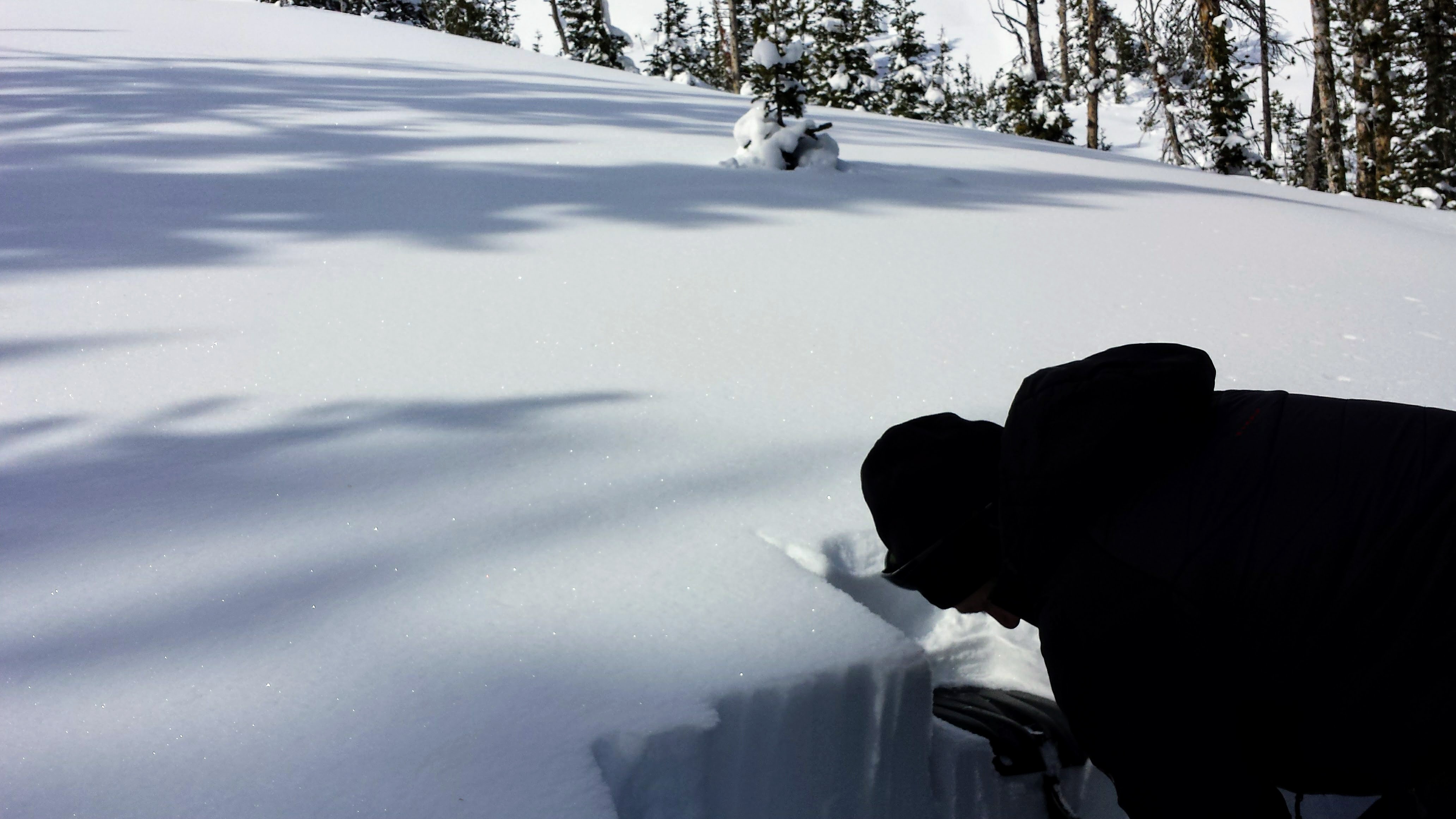 One of our testers observed widespread cracking around Sun Valley. While he was traveling he noted shooting cracks. Even a week after the most recent loading the snowpack was still showing signs of instability. The snow has been less than bountiful so the current snowpack is composed mostly of two storms. Thin snowcover and cold temps usually means depth hoar. A little digging and poking around showed right away that depth hoar was our culprit.

Testing with the Lyte probe in tandem with a pit can be really insightful. A single measurement quickly revealed the bottom part of the snowpack was all depth hoar. The bottom layer was the reason for the stability issues and it revealed itself not only in the extended column test but also on the probe. The probe sees this because of how large the depth hoar crystals because of how big they are. For NIR in snow, larger snow crystals show up darker than smaller ones. We, of course, are encouraged to see that probe picks up old snow problems. Pits and profiles like these take the Lyte probe one step closer to deploying an new tool for avalanche operations. 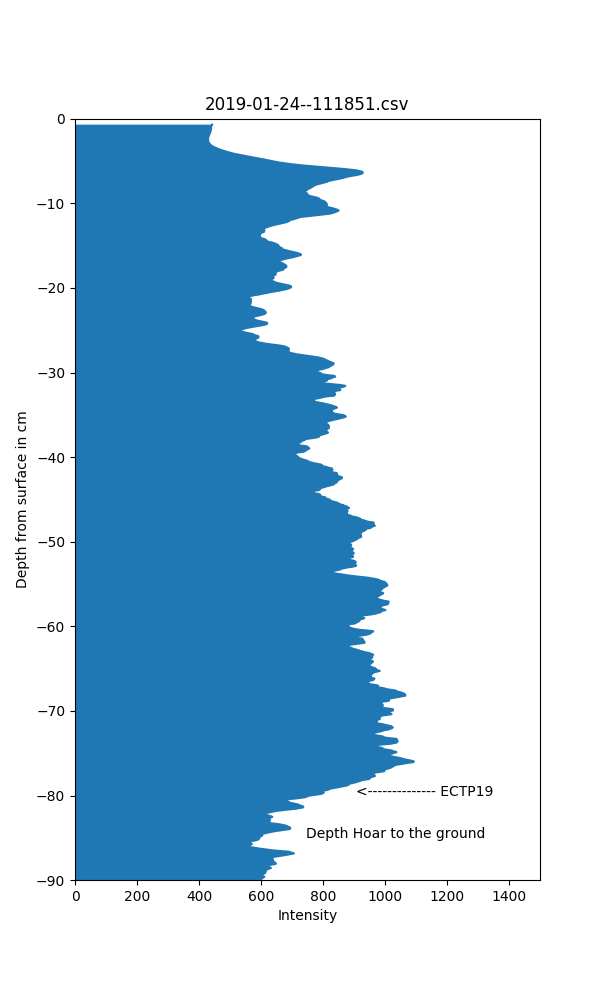