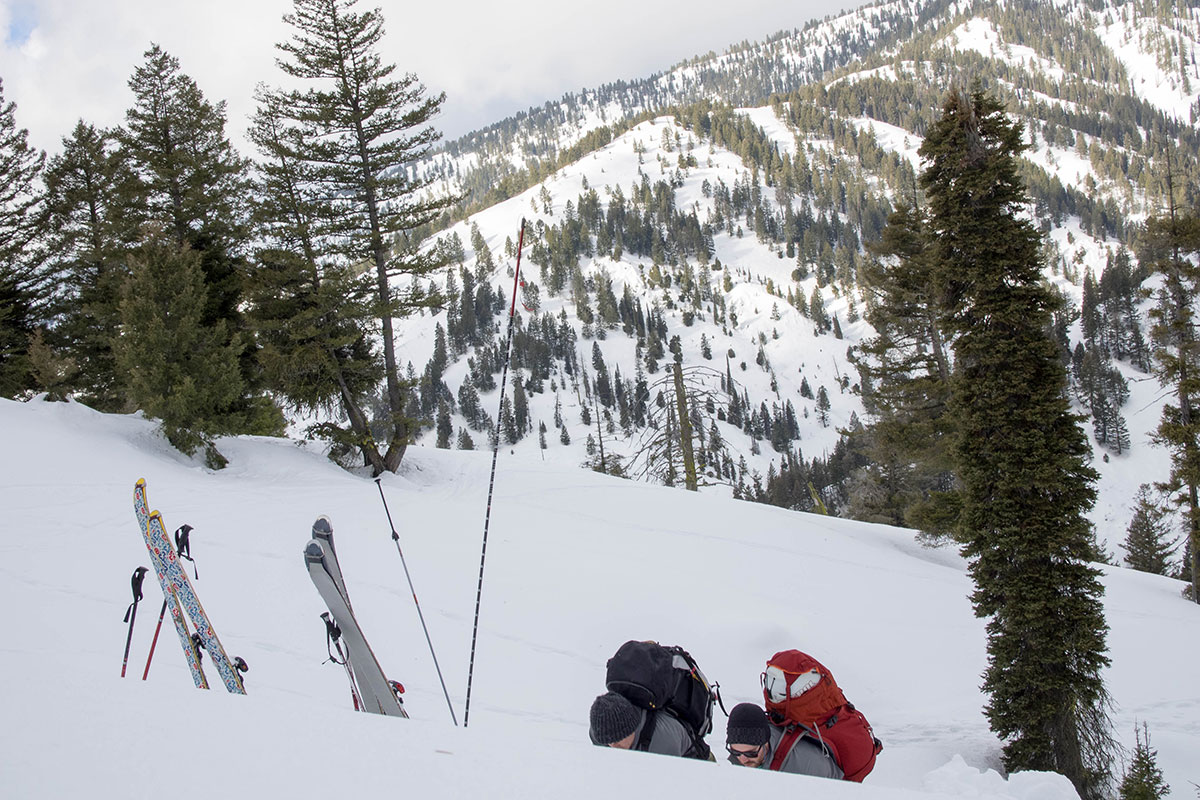 Mores Creek Summit is a popular backcountry destination for Boise skiers to venture for untouched snow. Unfortunately, Mores Creek is not included in any of the Idaho avalanche centers forecasting areas. A diligent backcountry user will attempt to identify forecasted problems that might appear in the Boise Mountains but knows it may not be there at all. We track the forecasts for our own recreational purposes but also for testing the probe. When the Sawtooth Avalanche Center listed buried surface hoar as a concern, we went looking.

If you are familiar with buried surface hoar, you know then how much of a problem it can be. It varies widely between aspects and elevations. The likelihood of not isolating it in a pit sometimes feels like a coin toss. This is the worst possible outcome. In a snowpack where a single layer is the primary concern, you hope to find it in your pit. But if you don’t, you will very likely NOT get the unstable result, aka the dreaded false positive. The false positive is a big reason we made the Lyte Probe. The concept behind the probe is to help manage the variations across aspect and elevations to identify situations like this.

We spent the day in a pit testing the probe to see if it correlated with the standard pit observations. Upon digging, we found the forecasted layer of buried surface hoar around 90cm down. This was the first time we have had the opportunity to measure buried surface hoar. This is one of the very first models we build of the Lyte Probe and we were able to consistently pick this layer up. This was the first time the Lyte probe clearly identified in-situ surface hoar and leaves us with promising hopes for the future. 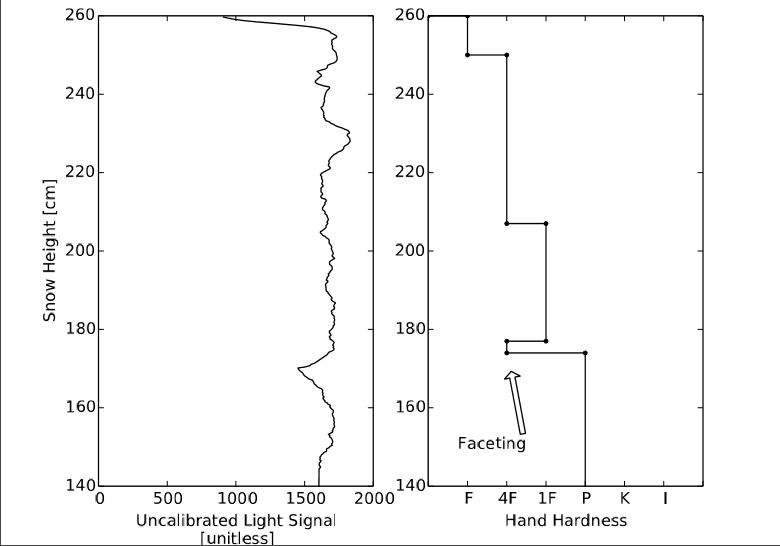